Flickertail, Sydney’s finest single malt rock and roll export are beyond excited to announce their imminent arrival on foreign shores.

Following rave reviews for debut EP ‘Hurry Up and Wait’, the boys are packing their Beatle boots, denim shirts and searing guitar harmonies into budget-friendly carry on baggage and departing for the UK.

A four-headed Irish-Australian rock Hydra from Sydney’s Inner West, Flickertail play guitar-fuelled rock and roll exactly the way it’s supposed to be played. Drawing inspiration from the likes of Thin Lizzy, Oasis, and The Darkness, the band honed their sound in the garages and booze dens of Sydney before hitting the road to showcase their unique sound at every pub, club and back yard along Australia’s eastern coast.

Since their inception, the band have played relentlessly and are reaping the rewards. Singles The End, Talk, and Back of My Mind received airplay on Triple M and radio across Australia, Europe and the United States.

The band have landed coveted opening slots with Aussie rock heroes Buffalo and Sarah McLeod in addition to support slots with The Casanovas, Supersuckers and Zak Starkey, formerly of Oasis and The Who. That’s on top of endless sweaty shows with local legends Black Aces, The Lockhearts, The Cherry Dolls and Foreign Kings.

Through screaming Les Pauls and thunderous drums, ‘Hurry Up And Wait’ tells the story of four young men with no money having a bloody great time watching Braveheart, sinking tins and getting thoroughly excited about EPL highlights. It’s also a rough collection of love stories, but that’s much less fun to talk about.

Everything the band love about music is on this record. There’s guitar lines like Thin Lizzy, AC/DC boogie, bits of Slade stomp, rich vocal harmonies, Beatlesy melodies, and make-a-cinderblock-cry sincerity.

It’s raucous love songs, played loud and honest with no autotune or sampling in earshot.
In 2018, armed with only their wits, guitars and their stunning good looks, Flickertail plan on conquering every global stage big enough to accommodate their infamous zero-bullshit live show!

Don’t miss the incendiary live show carefully honed in Australia’s back yards, booze dens, and stages shared with acts as diverse as Supersuckers, Zak Starkey, The Casanovas, and Buffalo. 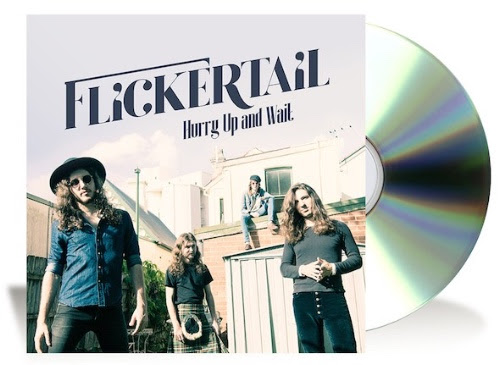 Hurry Up And Wait is out now
http://smarturl.it/Get-Flickertail-HUAW

“High impact and in your face… full of catchy melodic beauties” – Rock N Load
“Big, British hard rock sound fuelled by the grit of Australia’s finest” – Moshville
“It was like a fire had been lit underneath the stage…they hooked the crowd straight away” – HEAVY Mag 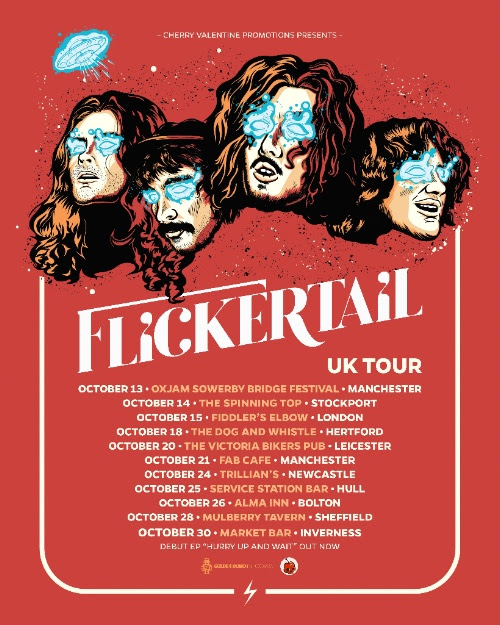 KOBRA AND THE LOTUS To Release New Album September 20

Melbourne wasn’t enough for metalheads, so Gene Hoglan has added a Sydney date to his upcoming drum clinic. The iconic drummer of...

BETWEEN THE BURIED AND ME Announce East Coast Tour Feb 2020

AMBERYSE Drop Single ‘Glass House’ And Back It Up With Tour...